1. The National Anthem In Spanish? Why does this bother people? I mean I know why they say it bothers them. But isn't the real reason the fact that they're jingoistic assholes?

2. Gasoline prices? Yeah it kinda sucks if you have no choice but to drive everywhere. But is it a bad thing for people to pay a price that more accurately reflects the cost to the planet? Here's one thing I know for sure -- if they'd increased the federal gasoline tax to discourage consumption starting 10 years ago, gas would probably cost LESS than it does now, and the money could have been used to develop alternative energy sources. Bush's recent conversion to alternative energy is two things: Too little too late, and complete bullshit. He's good at saying things and lousy at doing things. That big 2 billion pledge for AIDS in Africa? Never actually happened.

3. Iraq? Rumsfeld? Blah blah blah? I don't need to go into what a cockup they've made of things. But I do want to say something about it: I was right all along and Bush was wrong. I don't know exactly what the world would be like if we hadn't invaded Iraq, but many thousands of Iraqis who would still be alive, several thousand American soldiers that would still be alive, and several thousand more would not have to live with amputations and brain injuries. And the country's national debt would be 1/3 a trillion dollars less.

4. At this point, Washington DC is a failed state. The executive branch is a bunch of corrupt toadies top to bottom who aren't doing their jobs. The legislative branch is about to implode from pervasive corruption. The military is being run by an incompetent, arrogant shithead. Our foreign policy is in the hands of a woman that smells great but given everything else that's fucked up about the Bush administration, is powerless to implement anything reasonable or constructive. Plus, our foreign policy is about making the world profitable for multinationals, not about protecting US interests or promoting peace.

5. The Democrats don't have their shit together either. And really, if the Democrats take back Congress, what would change?

Melissa picked up a couple of pictures in a junk shop in Chicago. This picture rules. I played a bit with the contrast, but I don't know how to get out the ripples where the paper didn't stay flat. 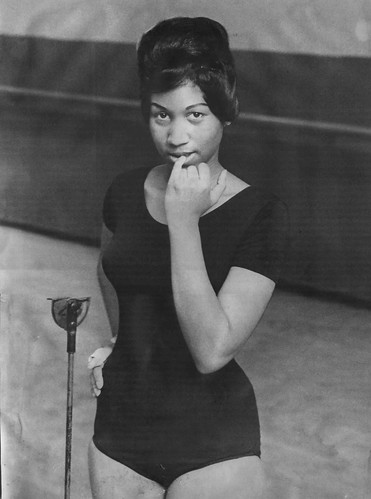