I rushed downtown from work to attend the Immigration demonstration and took some pictures, for your edification or whatever...

It occurs to me that as many people as come to the US illegally to work, who manage to find work, that the problem isn't border enforcement. The problem is that we don't let enough people in legally. No one would risk a desert crossing into the US if they could come legally, and they would stop coming in if all the jobs were taken. Borders are fictions anyway.

I don't know enough about the complexities of the situation to know the best solution. But we're talking about human beings who deserve respect and dignity. The people who are hardliners on immigration strike me as the usual suspects -- Mexicans, like Queers and Arabs, are just another target for their prejudice. They believe all sorts of things that just aren't so about illegal immigrants, and once again, use their fantasies to support their bloody-minded policy goals.

Anyone who's keeping score needs to make a note of this: This is one thing I think I agree with President Bush on. 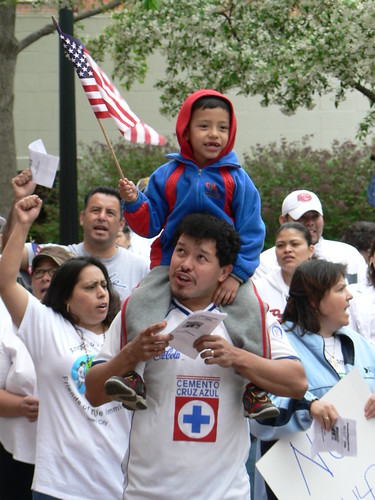