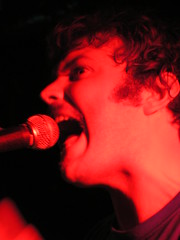 They just go on and on. People even have Spam Name Generators but they aren't as good as the ones found in the wild.

"We do need to do a better job," said Lindsay Graham, R-S.C., who appeared with Biden on CBS' "Face the Nation." "We are having progress in Iraq. Zarqawi's death is a sea change. If we're going to go on these shows every Sunday and talk about every mistake ever made in a war, we're going to lose this war."

Meanwhile, this State Department cable paints a really gruesome and frightening picture of the reality of life in Baghdad.

Americans are so scandal and disaster fatigued that they seem willing to let shit like this just slide. Oh well.
Collapse