I'm resigned to current events being a thoroughgoing nightmare. Whaddaya gonna do? But I'm really frustrated with more than a few of our news outlets of record.

What pisses me off about CNN (the TV channel) is that they obsess for hours on the slightest shreds of irrelevant claptrap. The CNN website is almost as bad, but more succinct. The websites substitutes sketchy and uninformative article-lets for talking heads going blah blah blah to fill the time between commercials.

What pisses me off about the NYT is that when they're bold they're not rigorous, and when they're rigorous, they're timid. If the NYT isn't rigorous AND bold, then either it acts like the newpaper the right wingers accuse it of being, or it doesn't tell us what we need to know.

WaPo is worse, because even as they are willing to do some heavy lifting that the NYT won't, they continue to report the outrageous fantasies of the Bush Administration as though they deserve to be taken seriously.

I posted about the Art Bike, and today I saw it in action. It turns out I sorta know the guy whose bike it is. I mean I see him at shows and he knows people I know but I don't know his name. Anyway, the bike: 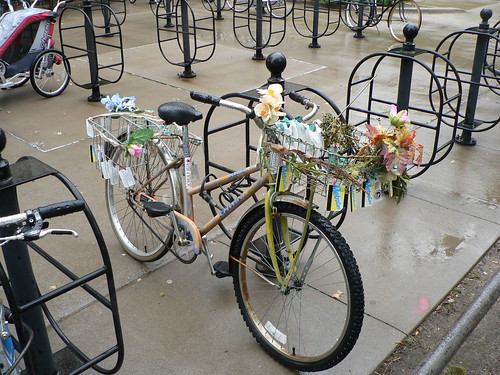 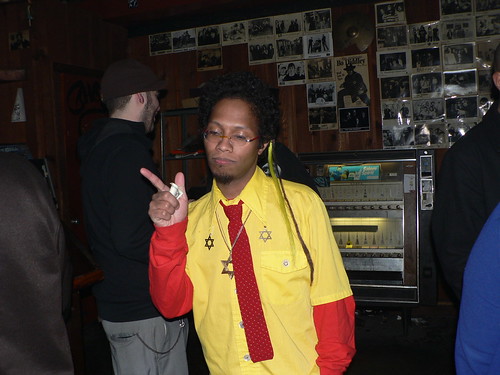 And that's a subdued get-up for that guy. He's usually in clothes that are candy-raver-esque, but less plurtarded and more straight up weird.
Collapse