Harm by Miracles Of God.

Submitted for your approval, a nifty little pop song about zombies, that brings to mind Dinosaur Jr, Pixies, and Neil Young all at once.

And if you go here the Miracles have put up pretty much their entire recorded output as MP3 files. No Creative Commons bullshit, no copyright, cuz that's how they roll.

I've said it before and I'll say it again, the Miracles of God are the greatest band in Iowa. Sam Locke Ward's other band The Kickass Tarantulas -- Sam's other band -- is right up there, but sloppier and punkier, more of an acquired taste, but Austin Idle III (also known as Dave, for some reason) is a riveting performer on his best nights. He can't sing for shit, but he strips to a speedo and manages to sell it somehow. 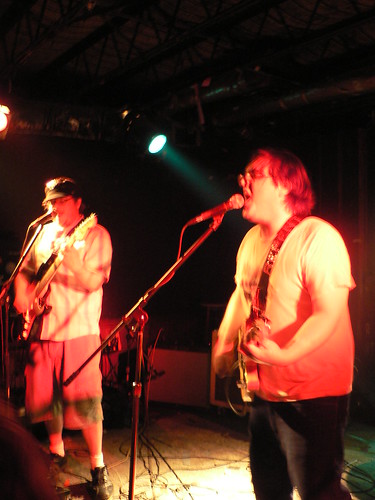 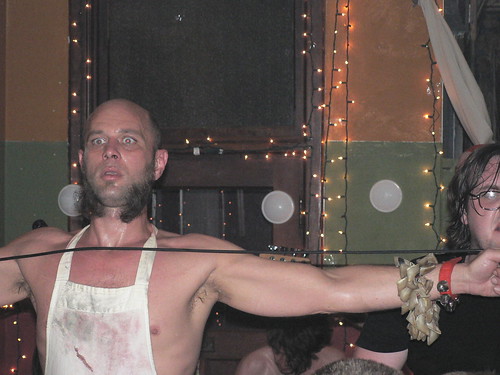